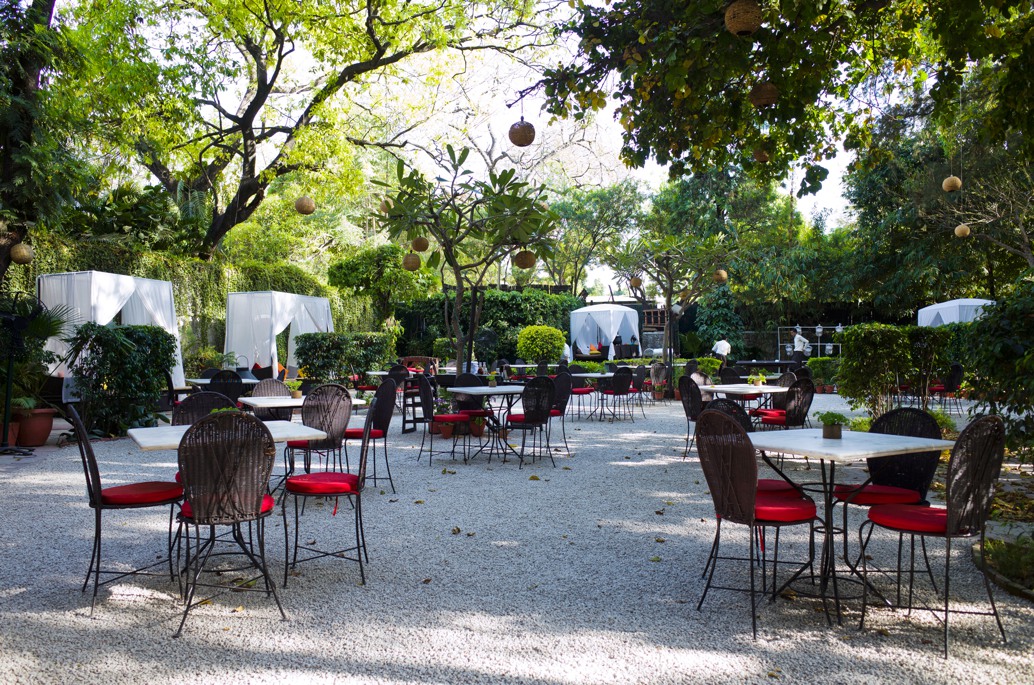 I knew that I was going to have a good experience when I saw the invite from Lodi – The Garden Restaurant in my inbox to come and savour their latest summer menu but it turned out to be an even better experience than my expectations.

The restaurant itself is designed in a way that removes you from the hustle-bustle of the city, despite being located right in the middle of it. It starts from the meandering path that takes you to the main building. On the left of the path runs the Lodi garden with its magnificent greenery while on the left you see tables laid out for the ones who prefer to sit under the sky. We were seated on the first floor inside the main building, from where we could see the layout of the entire restaurant. Other than the tables outside on the ground floor, there are a few tables outside on the first floor balcony as well. Our warm and generous host, Mr. Virender informed us that this location is the most sought after during the evenings when the sun starts to go down and the birds start returning to their nests. Besides these, both levels also have seating indoors. We were welcomed with a chilled Mango Ice Tea that was refreshing and was thankfully not too sweet, as most mango flavoured drinks tend to be. It was served in a thin long stemmed glass and along with it, the pre-decided menu was presented to us in the form of a scroll. Giving it a cursory glance, I couldn’t help but notice how the chef had gone to great lengths to ensure that they made use of summer-time ingredients in the menu, like watermelon, coconut water, dates, and mangoes.

The first course was Watermelon, Feta, and Fresh Mint Gazpacho, a cold soup that was served with Red Island, a mix of LIIT and Red Bull. The delicious cold soup served to tease our appetite just enough to make us look forward to the courses that were to follow. Next was the Farm Fresh Greens, Tomatoes, Pear, Sunflower seeds, and Goat Cheese Salad that were tossed in a honey and extra virgin olive oil dressing. The salad was accompanied with Coconut Date, a mix of Bacardi and Malibu topped with fresh coconut water. We were also offered a Quinoa Salad, quinoa being the latest fad among the calorie conscious. The quinoa salad consisted of zucchini, capsicum, onion, and cooked quinoa. In the starters, we were served Pickled Chilli stuffed with Goat cheese and Spinach, which was covered with a honey mustard dip. The delicious combination of spicy and sweet ingredients in the Pickled Chillis was the chef’s unique way of giving a twist to a traditional dish. A Green Tea Detox came with the platter of Pickled Chillis. The drink was made with Bacardi in muddled fresh Pomegranate and mint leaves, topped with green tea. Next came a pasta made with Fettuccini, Roasted Vegetables, Cream and Confit Garlic and this was kept company by Minty Sweetness – a mix of Bacardi, Mint, fresh Dates, and Brown Sugar. The pasta was light despite being creamy and tasted great while the accompanying cocktail added the tangy flavour while the dates added a new and unique flavour to the cocktail. The pasta was served with garlic bread that was liberally buttered. The main course consisted of two choices – the non-vegetarian option being Grilled Sole Fish with Seasonal vegetables, and the vegetarian option was Char Sui Tofu, served with Curried Arancini, Wilted Spinach, fresh Basil oil and Sriracha Sauce. And, because everything had been so delicious till this point, we ordered both of them. The tofu was prepared very well and was quite flavourful, a complete contrast from raw tofu that is rather bland. The arancini, a dumpling made out of risotto, was deep fried to a lovely golden brown colour. Along with the vegetarian main course, we were offered Pineapple Refresher, consisting of Bacardi, flavoured with fresh Pineapple, Coriander and lemon, and finally topped with lemonade. The fish tasted fresh and was quite supple. It was served with potato wedges and grilled vegetables. With the fish we were served A Toast to the Coast – a drink made of Bacardi, flavoured with Curry Leaves, and Lemon chunks, and topped with lemonade. For dessert, we had Mango Cheese Cake. It was garnished with thin mango slices and mint leaves. The bread underneath was crisp and the cheesecake itself was light and creamy. We also got a bonus dessert – Fig Ice Cream that was not part of the menu, but the chef decided to surprise us with this. The ice cream was made in-house, using vanilla ice cream and dried figs, that are blended together to get the final product. 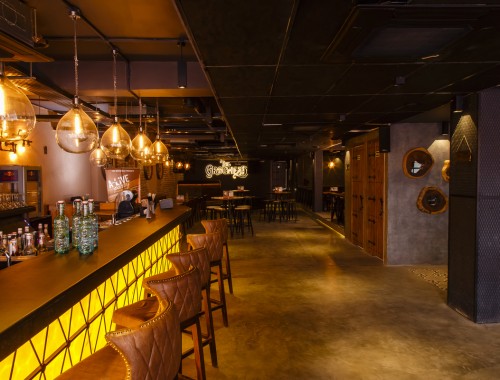 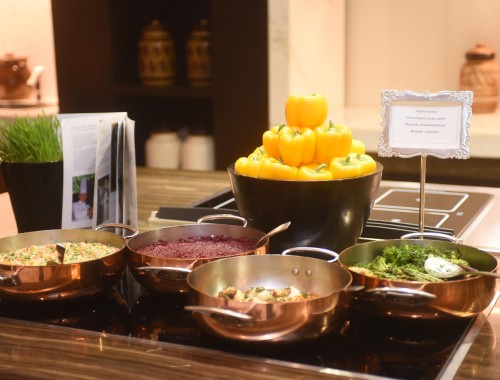 A Taste of Polish Cuisine 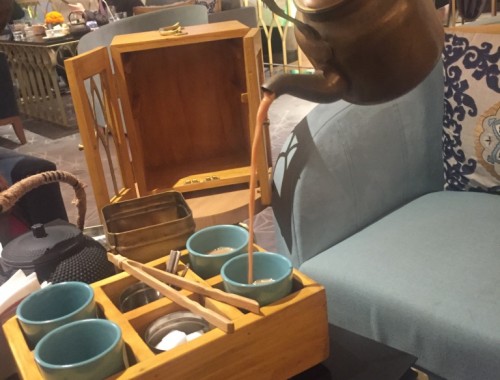 Mister Chai: It’s not only about Chai!!