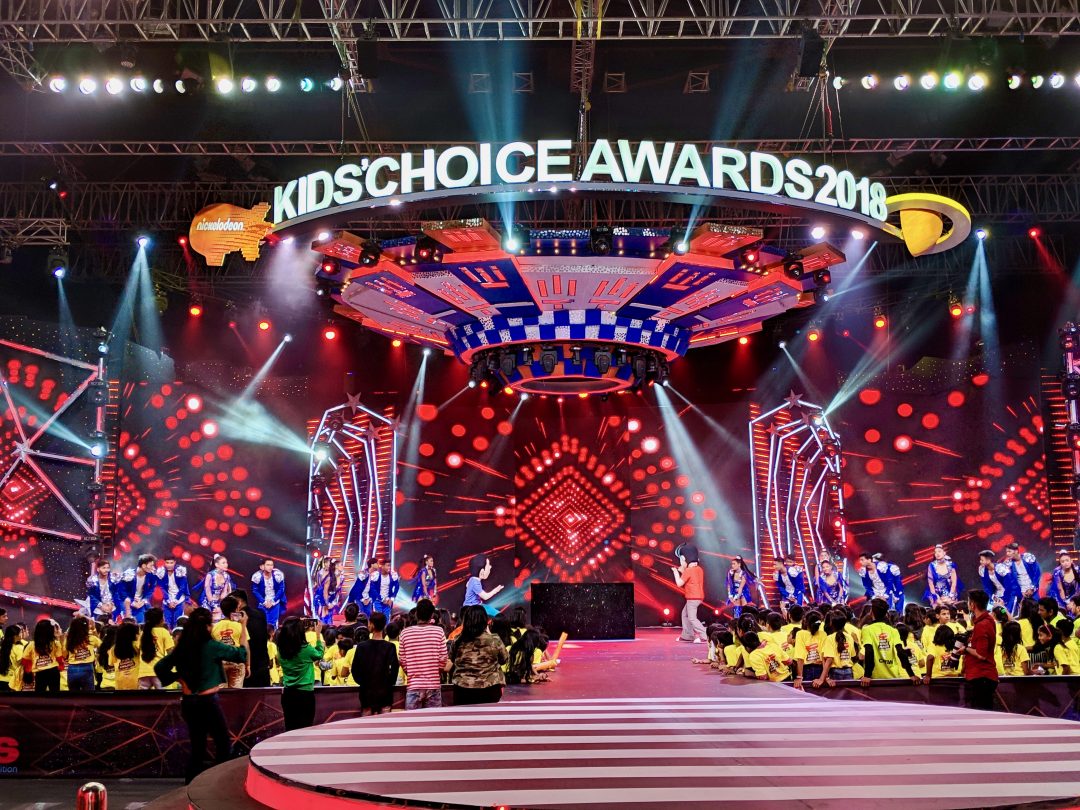 ~ Kids dictate our choices but when it comes to Kids choices you know how particular they are. Such were Nickelodeon Kids Choice Awards! ~

I have re-lived my childhood days courtesy my kid brother (as I like to call him with an age gap of almost a decade plus though he is an adult now). There used be certain times of the morning as well as evening when we would not let anyone touch the TV remote because screen time during those was reserved for us. That was the era when TV was one of the only sources of entertainment as Internet was still a luxury which not many could afford. Our favourite cartoons and TV shows were not to be missed by us at any cost and we would gang up being the youngest in the three siblings and dictate our terms! Love the nostalgia of the golden era gone by! 😉

So when we got to know about Nickelodeon Kids Choice Awards 2018 and whatever is gonna happen at the glittering ceremony, we were both like ‘how can WE miss such a fun event’! Our favourite celebrities shaking their leg with Nicktoons! The most awaited kids award show was to be witnessed live by us and was all set to come to life on December 13th, 2018 at NSCI Dome, Mumbai. So both my brother and me flew down for the grand event from Delhi to Mumbai. It was time to blow the trumpets and roll out the orange carpet for Nickelodeon Kids Choice Awards 2018. Excited kids gathered at the grand ceremony with their parents as well as siblings. Afterall it was the most unique award show for the kids and by the kids which was all set to witness a high decibel fun and entertainment yet again! The arena all decked up in Nickelodeon colours welcomed us in the most charming way. Excited kids were jostling with energy to watch the show. Different characters were present and kids enjoyed their time being in the same frame and getting clicked for the paparazzi. We walked on the red oops orange carpet like a celebrity and took our seats in the grand auditorium. It is the same carpet which also witnessed our favourite celebrities coming and making the grand entry. The stage had a charm of its own! The whole universe with planets, airplane and spaceship looked life like. As excited as kids, we were anticipating what all will happen. We saw the heart throb Kartik Aaryan taking the centre stage arriving in a grand entry singing and dancing with our nicktoons Motu Patlu, Shiva, Rudra, Ninja Hattori & many more. He was such a charmer! Infact, kids pulled his leg by asking him to name all the nicktoons! Kartik was the perfect host for the evening! Scintillating performances by Meet brothers set the stage on fire! We loved how he was joined by Urvashi Rautela & our little Kulfi and Amyra from the show Kulfi Kumar Bajewala who danced to Chittiyan Kalaiyan Ve! Different celebrities rocked the stage with their performances! Alia Bhatt came dressed as a school girl and entertained everyone dancing to ‘All is well’, ‘Galti se Mistake’, and then she danced with the newest nicktoon Rudra on ‘Party to Banti Hain and was then joined by Motu Patlu to dance on ‘Go Go Golmaal’. The little girl can be anyone from a student to wife with ease and poise! Hats off! We have seen @aliaabhatt as a college student in @karanjohar's ‘Student of the year’ but recently she took me back to my school days dressed as a school girl and dancing to ‘Go Go Golmaal’ at #KCAIndia18 ! Doesn't she look so cute! For her, Nickelodeon Kids Choice Awards is like home now since she has been a part of this super cool event for the last 3 years. The Awards will premiere on Nickelodeon on 6th Jan, 2019- If you wanna watch more performances of her and @varundvn, @aslisona and @kartikaaryan then this show is a “DO NOT MISS”! More on the blog soon! Video shot on Google Pixel 3 XL! #KCAIndia18 @nickindiaofficial #AliaBhatt #TeamPixel #ChicLifeByte

Sonakshi Sinha in a Punjabi avatar showed off her bhangra skills taking the dholak in hand and dancing to Punjabi numbers. Varun Dhawan made a dashing entry in a rocket which landed on stage while he was dancing to ‘Chalti Hai Kya 9 se 12’! While on stage he was joined by Nicktoons to shake a leg on ‘Tamma Tamma’, ‘High Rated Gabru’ , ‘Sab Badhiya Hai’ and ‘Swag se Karenge Sabka Swagat’. It was lovely to also see Kids shake a leg too with Bollywood stars, singers as well as nicktoons. Yes, they were also invited to the stage! Catch @varundvn’s energetic performance to Tamma Tamma at Nickelodeon Kids Choice Awards 2018 {#KCAIndia18}! He looked so cute joined by Nicktoons Shiva & Ninja Hattori. He wasn’t only the perfect entertainer but was also the recipient of 2 mega awards at the Award ceremony. He won Favourite Movie Actor (Male) and Favourite Entertainer (Films). Nickelodeon Kids Choice Awards excites the young and old equally. The award show will premiere on Nickelodeon on 6th Jan, 2019- DO NOT MISS! More on the blog soon! The superb Clarity is thanks to Google's latest launch- Google Pixel 3 XL! @nickindiaofficial #VarunDhawan #ChicLifeByte #teampixel

The night was full of fun activities like Slime rain and Tongue twisters which Kartik made Ishaan Khatter and Huma Qureshi say! Kartik didn’t let any celebrity walk off the stage without doing the signature KCA shake- from our star kid Kulfi Kumar to the newest bride of the B town Deepika Padukone. Deepika Padukone who made one of her first public appearance after tying the knot at the award ceremony enacted to a nursery rhyme ‘Machli Jal ki Rani! It was just so cute!

In one of her first public appearances after tying the knot, @TheAaryanKartik made @deepikapadukone do the #KCAShake at @NickIndia #KCAIndia18! More about the Awards on the blog soon! #DeepikaPadukone #RanveerSingh #TeamPixel pic.twitter.com/I0NhyFeF6U

I know you all want to know the Winner list, here is the roll down:

We also caught up with the organizers as well as celebrities who entertained and enthralled the audience with their performances! See what they had to say! Nina Elavia Jaipuria, Head – Hindi Mass Entertainment and Kids TV Network at Viacom18 said, “It brings me immense pleasure to present yet another year of Nickelodeon Kids Choice Awards. This year, the Kids Choice Awards is slated to come to life as an apex entertainment bonanza for kids and their families. Our intent with this novel award show is entertaining kids, empowering them and their choices as well as engaging with parents, making it a truly memorable family experience.”

The uber cool Varun Dhawan said, “Nickelodeon Kids Choice Awards is a special award like none other that celebrates kids.  It is always fun performing with and for the kids along with their favorite toons. This year too my act was unique with it being an adventurous aerial act and is sure to be loved by all. Apart from the performance being slimed green was super fun and as always, brought out the child in me.” The gorgeous diva Alia Bhatt said “Nickelodeon Kids Choice Awards is like home now since I have been a part of this super cool event for the last 3 years. Performing for my young fans is always fun and each year of this unique awards has been much more entertaining and exciting than the previous. Being recognized by kids and being slimed as a mark of honor was a lot of fun and an amazing experience”

The Nickelodeon Kids Choice Awards prides itself as the only awards show in the country that empowers kids and allows this future generation to decide on who would win the coveted “Nickelodeon Blimp”. This year saw nearly 350,000 votes making this a truly inclusive award and a perfect representation of kids and their choices. The Awards will premiere on Nickelodeon on 6th Jan, 2019 followed by Sonic, Nick Jr. and Nick HD+.  KCA will also see the entire Viacom18 network come together to telecast the much-awaited awards across network channels- Colors, Rishtey, Colors Marathi, Colors Gujarati, Colors Bangla and Viacom18’s leading Video on Demand platform VOOT. 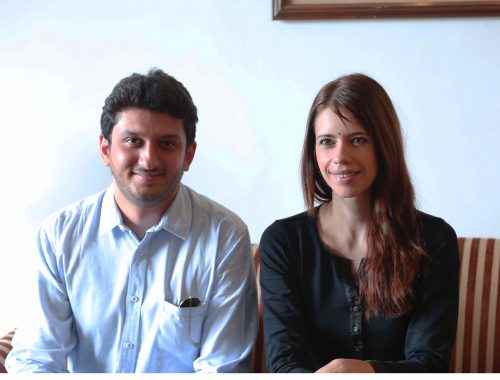 Photography at its Best: Shootera 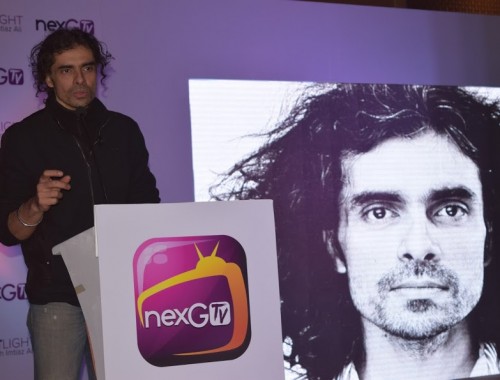 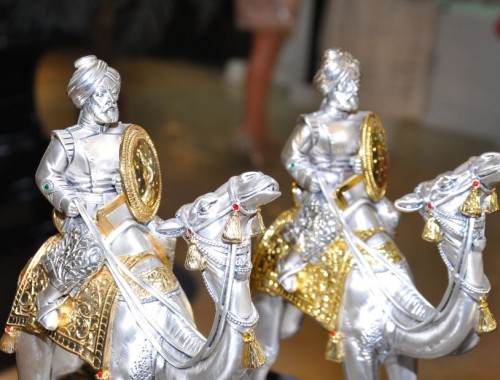