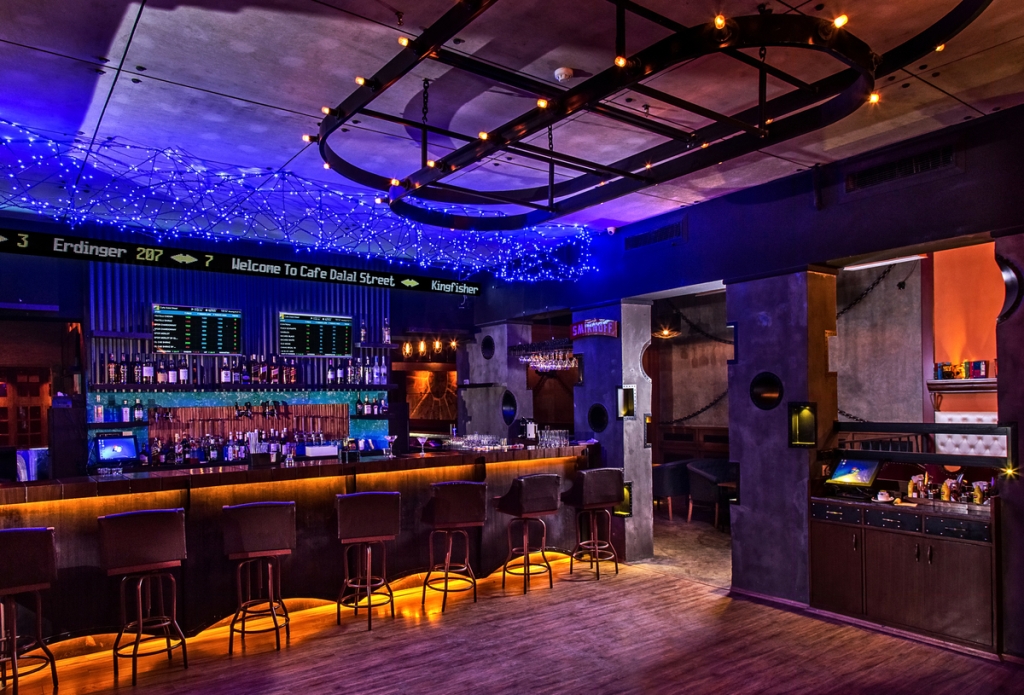 Ever thought of having a hearty wholesome meal in a comfortable set up of a Stock Exchange Bar? This is what the newly opened Cafe Dalal Street (CDS) in Connaught Place offers. It is the brainchild of 2 young entrepreneurs Himanshu Gupta & Vidit Gupta who studied in UK together and wanted to get bar bites concept in India here which is famous in UK.

Everything is in small portions as Vidit wants that the customer orders more & more variety. There was a drink named Tequilla Roses in the menu made with rose water, milk, sugar & tequilla. It is found nowhere but here. Another very popular drink is the Eliminator (achiever’s drink in UK) which is available here. CDS is based on the modus operandi of a stock exchange, wherein the thrill of trading is palpable albeit through cocktails and not shares. True to its name CDS has screens all over the pub where one can see the prices of drinks going up and down and then invest/order accordingly. FYI- sometimes the market crashes too allowing you to sip single malts and the finest cocktails at throw away prices. More the demand of the drink, higher the price. The Thai Mojito was an amalgamation of Kaffir lime, mint & coconut. It was another interesting mocktail with fresh leaves, herbs & the flavour of Kaffir lime. It was a very refreshing dose of the Thai flavours. The Peru mocktail had a strong guava taste. Since there was salt on the glass, every sip left a little zing on the tongue. Coming to the food, we started with Jalapeno Poppers. They were big jalapeños stuffed with cheese & served with a salsa dip. They were crispy, spicy & very different. The Butter Chicken Golgappas were very unique with the fillings of minced chicken & butter chicken gravy. It’s their signature appetizer and were absolutely delicious. The Chicken Tikka Salad had lots of fresh lettuce tossed in tomatoes, onions & chicken tikka. It was basically an Indian version of the salad by giving it a Chicken Tikka twist and made it the Indian way. Next, The Schezwan Chilli Chicken was well marinated with chinese sauces & tasted great. It wasn’t very spicy with proper Chinese authentication in the taste. The Paneer Tikka was also soft, juicy & tender. The Veg. Corn Quesadillas were spicy and full of rich vegetable filling. They were fulfilling & satisfying. The Veg. Pasta was delicious and was well prepared & cooked in red sauce. I liked it. The Chicken Biryani was nice, aromatic, flavourful and had a amazing taste of the marination of all the Biryani spices. It was very tenderly & lovingly cooked. Each grain was cooked nicely. In the desserts, the Phirni was nice. It was made with the right amount of sweetness which I loved. The Brownie with Vanilla Ice-cream was good, nutty, chocolatey & indeed a winter delicacy. It’s a new, interesting & exciting concept and people can grab some bites & drinks here. CDS has brought the whole new concept of enjoying drinks at the bar without pinching the pockets. I am definitely going back here especially for the Butter Chicken Golgappas. 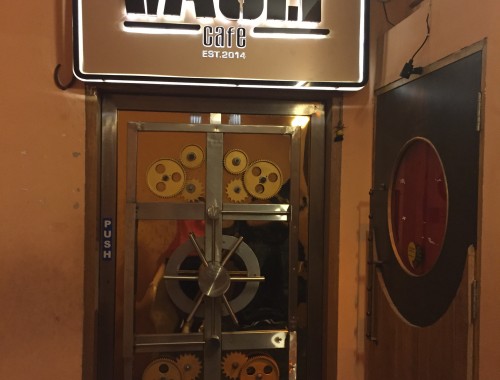 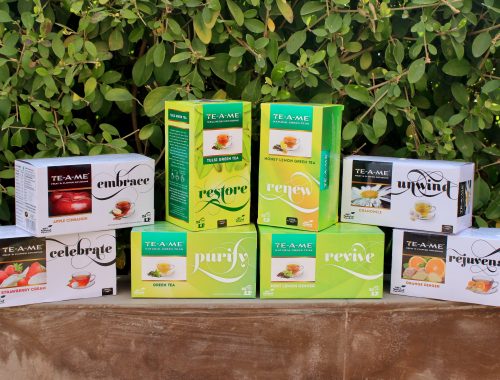 TE-A-ME: A Tea for you, me and all of us filled with fun, flavours and health! 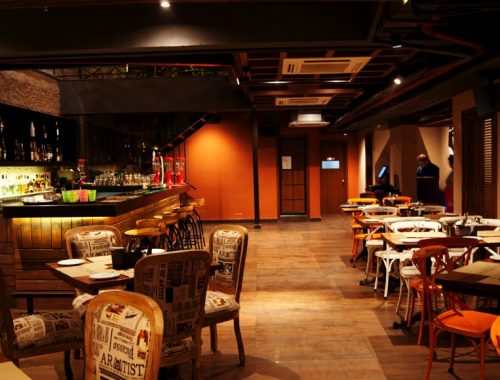